IPOB: Why we declared IPOB a terrorist group - Defence Minister 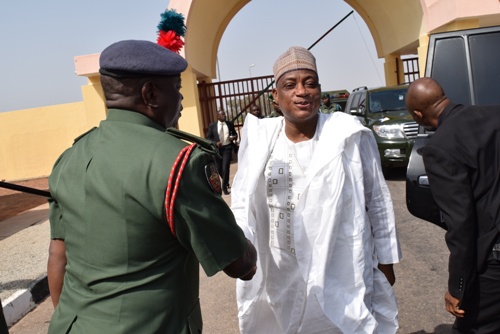 Minister of Defence, Brig-Gen Mansur Mohammed Dan-Ali has given reasons why the proscribed  Indigenous People of Biafra (IPOB) was designated a terrorist group.
One of the characteristics of a terrorist group , he said, is the careless use of hate speech which Kanu and  his co-agitators often use against Nigerians and the country.

He stated this in New York while speaking  during a courtesy call on the Permanent Representative of Nigeria to the United Nations, in New York, the United States of America, Prof Tijjani Bande.

He insisted that the international community cannot determine the nation’s internal security problem.

“There are many indices that make a group terrorist. One of them that has been mentioned in the country is that any group that is fond of making hate speeches, making provocative statements, becoming a security challenge to the country, then that group has to be registered as a terrorist group,” Dan-Ali said.