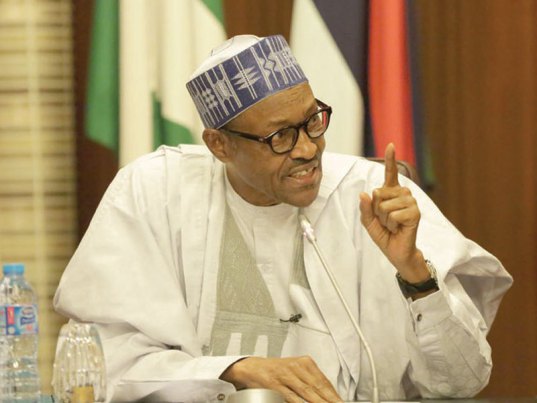 An Igbo group, Alaigbo Development Foundation (ADF) is set to drag President Muhammadu Buhari, Chief of Army Staff, Lt. Gen. Tukur Buratai and other persons involved in Operation Python Dance II, in the South East, to the International Criminal Court (ICC), at The Hague. The group alleged that the military exercise in the region was ethnic cleansing. ADF President, Prof. Uzodinma Nwala who disclosed this in an interview with newsmen in Abuja, yesterday, said the group was working assiduously, to present an impeccable petition with facts and figures.
“During our visit to the United States of America, we visited the US Congress, and many other places and we gave them a petition, and alerted them that forces were mobilising to decimate Ndigbo; in fact, that another pogrom was in the making. Our people abroad are working hard. The petitions are virtually ready and, in our own case, we want to make sure everything is tidied up.

We are documenting every case, this is not an emotional burden to ADF; it is a highly, intellectual burden. The documents are getting ready to prosecute these things. The petitions have gone out, including to the ICC on the invasion. As the invasion was going on, documentations were being made, including the videos forwarded to them. We are virtually ready to present the case on the issue of ethnic cleansing,” Nwala stated. On IPOB’s proscription by the federal government, Nwala said the body would meet this week, to address the issue, even as he described the action as illegal. Again, it is a nullity, even if they start arresting everybody because of IPOB; how many will they arrest? IPOB can change its name to IPOD or any other thing. “It is a movement of a people and not an association you can register and later, you say you do not want to register,”‎ he added.