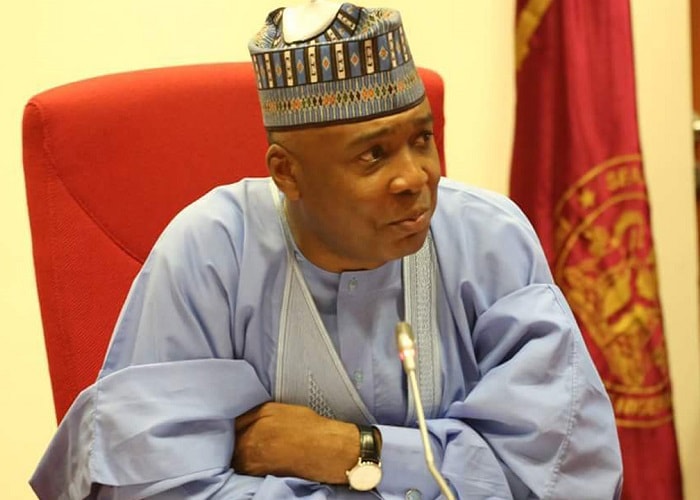 The Chief Whip of the House of Representatives, Alhassan Ado-Doguwa, has condemned Senate President Bukola Saraki for saying IPOB isn’t a terrorist organization.
According to him, Saraki’s declaration was “a mere political statement” that portrayed the nation’s Number Three citizen as “a controversial leader.”
“I am sure the Senate President was only expressing his personal opinion, which I further believe was not a good one in the given circumstances. The Nigerian Armed forces in my opinion are doing their best professionally and in the best interest of a united Nigeria. Even the south-eastern state governors have declared the activities of Kanu’s IPOB as illegal and therefore proscribed. He (Senate President) can’t cry more than the bereaved.

“For me, the recent comment made by the Senate President on this matter was a mere political statement that would only portray him as a controversial leader. Considering the attacks meted out to innocent Nigerians by the IPOB group in the South-East and indeed the nationalistic conduct of the northern governors and the prompt action they took to stop possible reprisals in the North, the Senate President’s statement was to say the least unnecessary.”
Follow Us on Twitter!