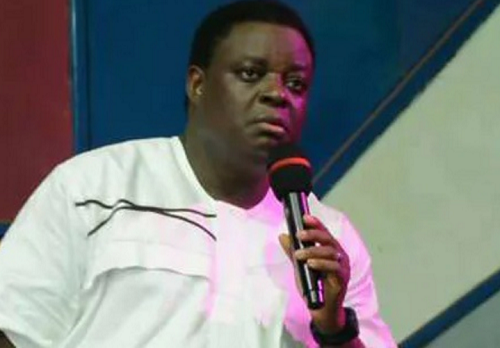 Pastor Victor Ajisafe, A Nigerian clergyman in Sierra Leone has been arrested by the police in the country for alleged hate speech.
His arrest followed his reaction to a claim by a popular Islamic preacher that Sierra Leone was an Islamic nation.
According to a news website, Sierraloaded, Ajisafe, who is the President of the Sanctuary Praise Church, Freetown, described the Islamic preacher as “a liar and an agent of darkness”.
A video of the pastor’s preaching has been trending on social media for some days.
The website had reported that a prominent Islamic scholar and Grand Mufti of Zimbabwe, Ismail Menk, had visited Freetown for a two-day Islamic lecture held in the city’s stadium and attended by thousands of people.
During the programme, the cleric reportedly said that Sierra Leone was an Islamic country, a comment that drew Ajisafe’s reaction.

Ajisafe described Mufti as  “a liar and an angel of Darkness who had come to deceive Sierra Leoneans”.
He said, “He (Menk) had no message, he has no power. He performed no miracles. Disciples of Christ are very few in Sierra Leone.
“There is no trace of Islam in Sierra Leone. You have idol worshiping and Christianity. He lied. He came to portray Islam as a religion of peace. Every terrorism in the world has been carried out by Muslims. He is a wolf in sheep’s clothing.”
Ajisafe also described Islam as a “religion of terrorism”.
He alleged that the country’s ex-President, Tejankabbah, sold the nation out to the Organisation of Islamic Cooperation.
Follow Us on Twitter!