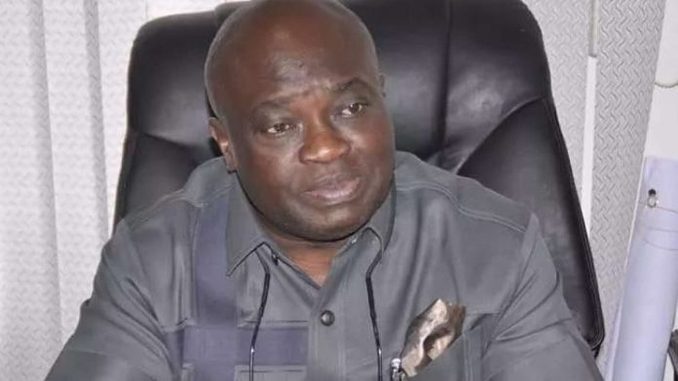 Abia state governor, Okezie Ikpeazu has said he supported the proscription of IPOB to avoid bloodshed in the southeast
Ikpeazu however said the declaration of IPOB as a terrorist group will have consequences,He added that no one supported Nigeria’s unity as much as the people of the southeast Nigeria
Governor Okezie Ikpeazu of Abia state has said he supported the proscription of the Indigenous People of Biafra (IPOB) by southeast governors so as to prevent bloodshed in the region. Ipeazu, while speaking on

The Osasu Show, however condemned the declaration of the IPOB as a terrorist group. The governor said it was expedient that he support the proscription of the IPOB during the crises with the Nigerian army because it is his responsibility to protect the lives and properties of all people living and doing business in Abia state.
Ikpeazu said: “My duty and responsibility as at that day was to make sure that I avert bloodshed of monumental proportion. “But going forward to say this group is a terrorist group has international and far-reaching consequences.”
Ikpeazu added that the Igbos have not been treated as fair as other tribes in Nigeria and argued that the people of southeast supports the unity of Nigeria. “I don’t think the Igbo are getting a fair deal in this country.
There is no other ethnic group in this country’s post-war experience that believes in one Nigeria more than the Igbo,” he added.
Follow Us on Twitter!