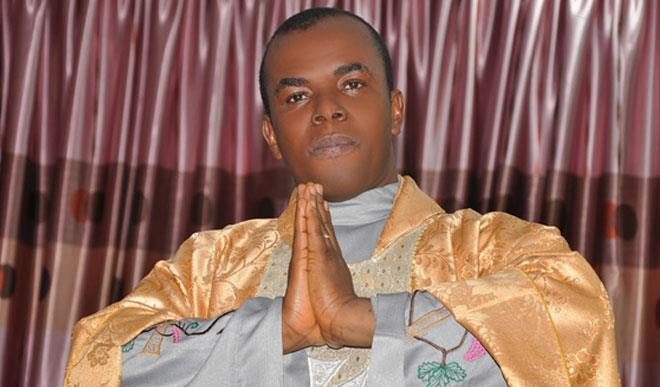 ​Fiery Catholic cleric, Reverend Father Ejike Mbaka has reportedly called for a refund of the N2m donations he made to players of Enugu Rangers after they won the Nigeria Professional Football League last season.
Father Mbaka is said to be angry with Rangers management’s reluctance to distribute the fund and their alleged fetish practice for good luck in their matches this season.
There are allegations that the club’s supporters sprinkled the blood of goat and pigeons on the pitch for luck. This is just as members of the dissolved board dismissed the allegations.
Vanguard quoted a source as saying that, “He has given the dissolved management two weeks to give him back the money, so that he could share the money to the players himself.”

Reports said the committee set up by Governor Ifeanyi Ugwuanyi to investigate the reasons behind the club’s woeful outing this season resumed work yesterday.
The committee, inaugurated last week, is headed by Agu Caleb with Enugu State SWAN chairman, Norbert Okolie, FA representative among others as members. Rangers had a dismal 2017 season.
Enugu State Government last week sacked the executive board, management staff as well as their coaches.