Home » opinion » Fani-Kayode: The Minister Plan To Exterminate The Igbo And To Eliminate IPOB

Fani-Kayode: The Minister Plan To Exterminate The Igbo And To Eliminate IPOB 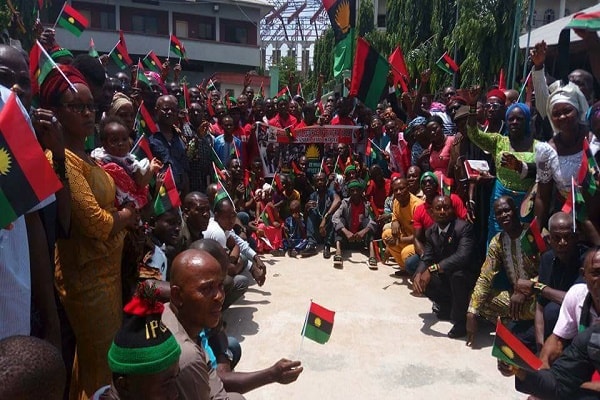 Mr. Jean-Claude Junker, the blunt, strong-willed and battle-tested President of the European Commission blew hot about the precarious plight of the Igbo people and the dangers faced by members of the Indigenous People Of Biafra (IPOB) in Nigeria last week.
He said “it is the people’s right to agitate and make a request from their government. Self-determination is a right enshrined in the United Nation Charter. The people of Biafra have every right to request for a referendum. They have been in this struggle for a while now. They have never killed or shot a bullet instead they are the victims of attacks and murder. The EU hereby condemns the brutal attack on IPOB members and leadership under the pretentious disguise of a military exercise (Operation Python Dance). The Nigerian military is warned to adopt democratic tenets in handling citizens. The EU will not sit by idly and watch things go undemocratic in the largest economy of the West African region”.
This is an excellent assessment of the situation and it provides a timely warning to the Buhari administration about their grave indiscretions and obvious excesses.
Yet instead of addressing the deep concerns that the EU, Amnesty International, the United Nations and many other notable players and organisations on the world stage have about what is going on in Nigeria, Mr. Lai Mohammed, President Buhari’s Minister of Information and a man who told us just a few years ago that it was wrong and unlawful to ban Boko Haram, had only the following to say:
“IPOB is a group sponsored by a coalition of political parties and looters who are bent on derailing the fight on corruption embarked upon by Buhari-APC led government.”
Such unadulterated poppycock and pernicious lies and such baseless allegations and nonsensensical assertions, even when they come from a man whose credibility is at best questionable, beggars belief.
Instead of attacking and insulting those of us that have condemned the slaughter of Igbos and alleging that we are sponsoring IPOB the Buhari government would do well to consider Jean Claude Junker’s words and what the European Union have said about the barbaric killing of the Igbo and the universal right of self-determination which is protected and guaranteed by international law.
Since when has it been acceptable or the norm to unleash the dogs of war against a group of innocent, unarmed and defenceless young people and their colourful leader simply because they dared to ask for a referendum?
The fact of the matter is that whether anyone likes it or not, the attempt to break, subjugate, demonise, belittle, villify and wipe out the Igbo race through the auspices of intimidation, disinformation, manipulation of the media, mass murder and ethnic cleansing by the Buhari administration shall fail.
The truth is that this whole thing is not about IPOB but about the consistent expression of an irrational, illogical and pathological hatred of the Igbos by the maximum ruler of the Nigerian state.
And if he gets away with it and manages to achieve his sinister and nefarious objective he will come after the Yoruba, the Ijaw, the Tiv and everyone else in a matter of time!
That is why it is important to refuse to be intimidated, to stand firm, to hold the line, to resist him with every fibre of our being and to insist on the restructuring and the renegotiation of Nigeria.
Fifty years after our brutal and genocidal civil war we have learnt nothing about the cataclysmic and devastating consequences and spiritual implications of slaughtering innocent people in the name of keeping Nigeria one.
Why do you think nothing works in our country and that our people are mostly unfulfilled, poor, miserable, afflicted and deprived? Why do you think there is so much suffering in our nation despite the fact that we have been blessed with so many human and mineral resources? It is God’s judgement.
Until we stop electing pyschopaths, sociopaths and cruel men of blood into office and until our leaders stop killing innocent people whose only “crime” is to express their desire to be free from slavery, bondage and tyranny and to be allowed to determine their own future nothing will or can change for the better in our beleagured country.
As long as the ethnic cleansing and mass murder continues and as long as our people cheer on our leaders as they commit these heinous crimes against humanity Nigeria will continue to be a basket case of a nation which is ruled by unrepentant and wicked tyrants, garrulous court jesters and certified village idiots.
If we continue to condone and refuse to desist from state sponsored repression and the mass murder of Igbos, northern Christians, Shiite Muslims, Niger Deltans or any other group of people who are seen by our collective oppressers as soft and easy targets our nation will continue to be perceived as an abominable and accursed dwarf that crawls around like a helpless, crippled and stunted child in the comity of nations.
Nigeria was once the hope of the black man but sadly in the last two years she has become an embarrasment and burden to Africa and a reference point for everything that is reprehensible and shameful in the world.
A nation where savage and insensitive beasts murder innocent men, women and children in the sanctity of their homes whilst the people cheer them on and embrace their murderous barbarity with joy and glad tidings.
A nation where political opponents can be locked up for years without any recourse to the courts and without any form of due process.
A nation where opposition members and dissidents are villified and subjected to every form of shame, malevolence and indignity simply because they refuse to bow before the maximum ruler and worship him as a living deity.