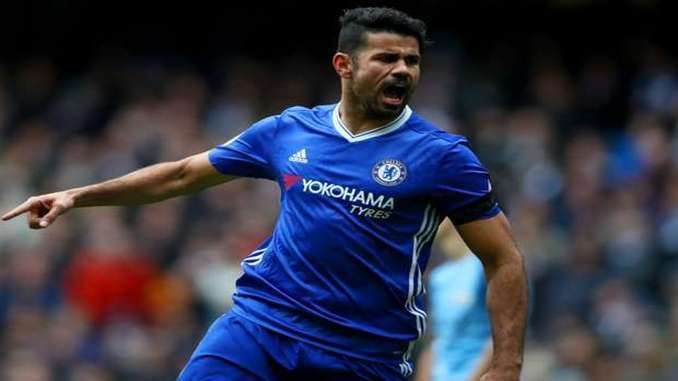 Chelsea have agreed terms with Atletico Madrid for the transfer of striker Diego Costa back to the Spanish club.
The move, which will be completed in January, is subject to the agreement of personal terms and a medical.
Atletico said the 28-year-old, who left the club to join Chelsea in 2014, would have a medical in the next few days.
Spain international Costa has not played for the Blues this season, and spent much of August in his native Brazil.
He cannot be registered as a player for the La Liga outfit until January, when the club’s transfer window ban comes to an end. The two teams play each other next Wednesday in the Champions League.
Brazil-born Costa joined Chelsea from Atletico for a reported £32m three years ago.
He scored 58 goals in 120 appearances for the Blues, including 20 in the Premier League last season as Chelsea won the title.
Costa has not appeared for the London club this campaign and spent much of August in his native Brazil. He was told by text message that he was not in Antonio Conte’s plans for this season.
The striker stated this summer his wish to return to Atletico, and said Chelsea were treating him like “a criminal” by demanding an “impossible fee”.

His position in the team had also been placed under threat by the arrival of striker Alvaro Morata from Real Madrid during the last transfer window.
Problems between Costa and Chelsea surfaced earlier in the year when he was left out of the Chelsea side for an away match at Leicester having been involved in a dispute with a fitness coach.
This followed reports of an offer from China that would have been worth £30m a year in salary. At the time, Chelsea said they had no intention of selling him.
Later in that month, Tianjin Quanjian’s owner said a bid to sign Costa had been scuppered by new rules over foreign players in the Chinese Super League.
‘Conte will be relieved’
Former Chelsea winger Pat Nevin on BBC Radio 5 live
You couldn’t really see a way back for Diego Costa. It’s a shame in many ways because if Chelsea had kept him on-side until January, can you imagine the team they would have?
To some point Antonio Conte will be breathing a sigh of relief because things had got ugly.
How strange that this happens the day after Michy Batshuayi scores a hat-trick.
Follow Us on Twitter!