Home » news » Burial Poster Of Catholic Priest Who Was Murdered, Set To Be Buried With His Father. (Graphic Photos)

Burial Poster Of Catholic Priest Who Was Murdered, Set To Be Buried With His Father. (Graphic Photos) 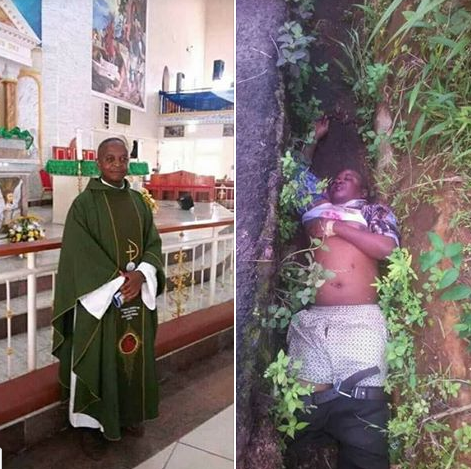 Remember Rev.Fr. Cyriacus Onunkwo, the Orlu diocesan Catholic priest who was murdered by his abductors after he came back from US for the burial of his father….now both of them are to be laid to rest. The Catholic priest was said to have been abducted from his vehicle in Orlu, a town in Imo state earlier this month.
It was revealed that the abduction and killing of the Rev Fr took place when he returned from oversees to plan for the burial of late father.
Following a manhunt, a body was discovered in the bush in Omuma village in Orlu east local government area.

Some suspects have been arrested in connection with the kidnap and murder of the clergy.