Home » opinion » Buhari offered me #50billion naira to leave biafra but i refused,They are desperate because Nnamdi kanu is already winning them-Asari dokubo

Buhari offered me #50billion naira to leave biafra but i refused,They are desperate because Nnamdi kanu is already winning them-Asari dokubo 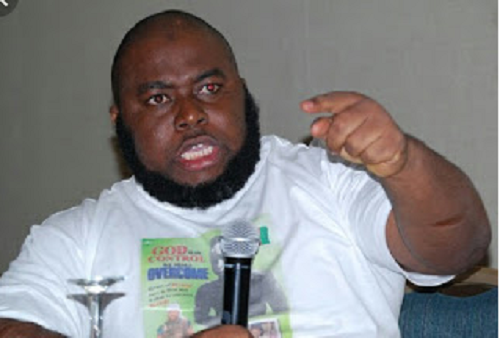 Asari dokubo: N50billion Voted to Destroy IPOB *Buhari’s Effort Will Fail *Kanu Has Given Him
Leader of the Niger Delta Volunteer Force (NDVF), Asari Dokubo, has revealed how a whopping N50billion, has been handed down to security operatives get Niger Delta militants to undermine the activities of the Indigenous People of Biafra (IPOB).
In a new video he posted on the social media, the dreaded Niger Delta advocate, who came into prominence during the President Olusegun Obasanjo regime, and was a bone in the throat of Nigerian authorities prior to the Amnesty Programme that led to the ceasing of hostilities in the oil-rich region, narrated how he was contacted by a top security operative, to co-opt him into the project.
His role, according to the video, was to get him to mobilise the “Niger Delta combatants” feared to harbour favourable sentiments for the IPOB and who would fight on the side of the group seeking to break Nigeria, in the case of an outbreak of a war.
He must do this, according to him on the pain of arrest and death, should he refuse the offer, because the Nigerian authorities believed that the IPOB leader, Nnamdi Kanu, who has not been seen since his house in Umuahia, Abia State, was raided a fortnight ago, was actually hiding in the Niger Delta creeks and was being shielded by those he (Dokubo), should know, an allegation he denied.
“But this is very dangerous. The danger in this is that it wants to divide (us). The fear is that a lot of Niger Delta combatants are favourably disposed (to Biafra). That the DSS (Department of State Services), has discovered that the overwhelming majority of Niger Delta combatants are favourably disposed towards Biafra. That is there is an open conflict, that majority of our people are going to side with Biafra – they will join Biafra and fight Nigeria.
“That, that will be very dangerous, because they are depending on the Ijaw people and that they don’t want to antagonise the Ijaw people. My friend said you’re one of the key people, we don’t want you to die, we don’t want you to be arrested,” Dokubo said.
Dokubo, who has been a major critic of President Muhammadu Buhari, and who has declared himself a Biafran, while restating that he was neither afraid of arrest or death as far as the struggle to get it continued, said the effort was wasted, because he refused the offer.
Tracing his record in refusing such previous offers from previous governments, he said he was ready and willing to give Kanu all the support he needed to achieve Biafra and would not hesitate to shield him and offer him cover if the need be.
His words: “I’m a Biafran. Majority of my followers, those who believe in me, also accepted being Biafrans and are ready to lay down their lives for Biafra. There is no doubt about that. But that they took Nnamdi Kanu to the creeks of the Niger Delta, is a figment of their own imagination.
“But I want to say, if we have the opportunity to take Nnamdi Kanu to anywhere, even to my place to keep him, I will do it. But it’s not true that he is in my house, it is not true that he is being shielded in anywhere that I know. But if I have the opportunity and if Nnamdi Kanu confides in me that I should take him and I know where to take him and keep him, I will do it, because I believe that Nnamdi Kanu is one of the pillars for the restoration of the sovereignty of the Biafran State.
“Having said that, I think that the Nigerian State, has shot itself on the foot. When this nonsensical declaration of IPOB as a terrorist organisation came up, there was jubilation in the APC camp and in the camp of the efulefus… It will be very stupid for anybody to think that Buhari can defeat IPOB. All over the world, there are demonstrations – India, Russia, Japan, Turkey, London, Paris, Switzerland, Germany, my family also participated in the demonstration in Frankfurt, in Hamburg. There are demonstrations for Biafra all over the world and somebody is deceiving himself, thinking that Biafra has been defeated.

“Now, the United States of America, Britain, EU and France, have come out to say that they do not believe, that they do not accept that IPOB is a terrorist organisation. That’s the first victory. Nigerians a pooing in their pants. Buhari is pooing in his pants. Lai Mohammed, even his pampas can no longer hold his poo. Even Lai Mohammed’s pampas can no longer hold his poo. They are pooing, because they know that they have lost round one. Nnamdi Kanu has given them a knockout in this first round. It’s a victory and we all must acknowledge it.”
Dokubo, who said he was not ashamed to be tagged an Nnamdi Kanu follower, explained that he had come to recognise that the IPOB struggle was better and superior to his own struggle as far as the pursuit of the Biafran objective was concerned and there was nothing wrong to follow one with a superior idea.
“If Nnamdi Kanu is doing better than me in actualising Biafra, what is wrong in me following him? Should it be me? Should it be about myself? The freedom of my people is not about myself. The freedom of my people is my freedom and the freedom of all Biafrans. And if Nnamdi Kanu is doing it better than me, I should be able to acknowledge that he is doing it better than me. I’m not a member of Nnamdi Kanu’s IPOB. But if Nnamdi Kanu’s IPOB is doing it better than me, than my platform, then I should follow him, because it is not about me, it is not about myself. So, round one o, Nigeria, Nnamdi Kanu has given you, KO.
He reiterated that now that many Nigerians and the whole world, had agreed unanimously that IPOB was not a terrorist organisation, the least the Biafran agitators, including himself and his followers should expect is for the government, which he accused of obtaining scraps in the form of armoured vehicles from Jordan, to continue killing the Biafran people, was to declare IPOB a terrorist organisation in order to continue the killing.
Follow Us on Twitter!