Home » opinion » BUHARI deceiving the south, favouring the North with appointments, Nigeria must be restructured now to end this injustice - Edwin Clark

BUHARI deceiving the south, favouring the North with appointments, Nigeria must be restructured now to end this injustice - Edwin Clark 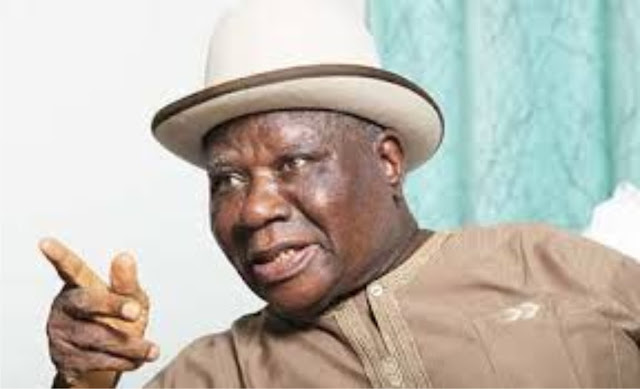 For Nigeria to develop and move forward, our leaders must heed the repeated calls for a restructuring of the country, former Minister of Information, Edwin Clark  said.
He stated this on Wednesday in Abuja while addressing the press. He frowned upon the recent appointment in the Nigerian National Petroleum Corporation which he said was lopsided and in favour of the northern part of the country.
This he said was bad and must be reversed. Also criticised was the over dependence on Abuja for monthly allocation which he said slowed down Nigeria's pace of development.
He argued that a situation where the North corners 36 positions out of 55 as against 19 for the entire South is not acceptable.
Edwin Clark obviously seething with rage descended on Buhari for the lopsided apointment and the NNPC  deceiving the people in its refutal of the allegation of lopsidedness in appointments.

He said: “When we restructure this country, you look at what you produce in your area. What is going on today is very very bad. It is not good enough, where people leave their states to Abuja to collect money without knowing where that money comes from. They don’t want to look back.
”In our last constitutional conference, we said that five per cent of our fund should be devoted to exploring other mineral resources.
“Tell me one state in this country that can pay the salaries of their staff. Is it not a shame? Is that a country? where states go to beg for money and at the end, he who pays the piper, dictates the tunes. So you are making the Federal Government more powerful. That is why devolution of powers is very very necessary.
“But let us have a restructuring of this country. So that I know what is been produced in my area, you know what is been produced in your area so therefore if your state is not viable continuously dissolve it, join other people. We cannot continue like this. Work for twelve months, working and have no pay. Nobody will take it that is not a country, we are not running.
“When people are talking about restructuring they know what they are talking about. We must restructure this country. And I am happy that everybody is now talking about restructuring. We are not talking restructuring to make some people our enemies or their enemies. Restructuring has been going on since 1945 in this country.
“From Richard constitution to Macpherson constitution to Littleton constitution to independence even during the military, Constituent assemblies were held all for restructuring. Let them create a better Nigeria for all of us, for our children in particular.”
Follow Us on Twitter!