BREAKING: You Won’t Believe What Is Happening In Owerri Now Hours After Governor Okorocha Blames IPOB Agitation On Nigerian Failing System {Must See} 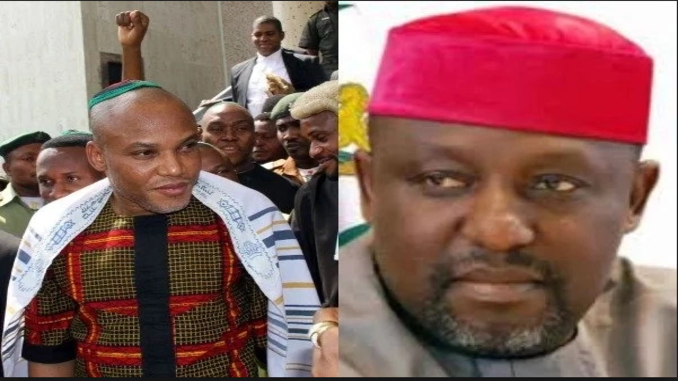 Imo state governor, Rochas Okorocha, has identified the cause of IPOB agitation in southeast, Okorocha blames the IPOB agitation on the failing Nigerian system
He said that agitations by the pro-Biafra group is a sign that the youths lack proper care by thier leaders
Governor Rochas Okorocha of Imo state has blamed the rise of agitation by the Indigenous Peoples of Biafra (IPOB) in the southeast on the Nigerian system.
According to the governor, agitations by the pro-Biafra group is evidence that youths had been neglected. The Imo state governor stated this on Tuesday, September 26, at a two-day first Women Gender and Young Workers conference, organised by the Nigeria Union of Local Government Employees (NULGE) in Owerri.

“I have seen women in Nigeria struggling for recognition and I see misrepresentation of women in the society and the failure to give women responsibility is why things are going the way it is in this country.
“This country has neglected the women and youths. Imagine the IPOB, they are not people of my age. It is time to engage the youths of this country. “Let me say this, we must go back to agriculture.
And there is no system more qualified to talk about agriculture if not the local government system. I want this conference to include agriculture in their agenda.”

Earlier, members of the Indigenous Peoples of Biafra (IPOB) staged anti-Rochas Okorocha rally to protest the governor’s opposition to the Biafra struggle.
At the rally which took place on Tuesday, July 4, in major streets of Owerri, the Imo state capital, scores of pro-Biafra agitators chanted derogatory song against the of Governor Okorocha for refusing to back their cause.
One of the leaders of the group, King David, accused the governor of opposing the Biafra struggle for selfish reasons. He said the agitation for the creation of Biafra Republic was very much on course.
Follow Us on Twitter!