BREAKING: Nnia-Nwodo Reveals What He Will Do Concerning Second Citizen Treatment To The Igbos By Buhari Government, Take Biafra Engraving Pictures On BBC Floor {See Photos} 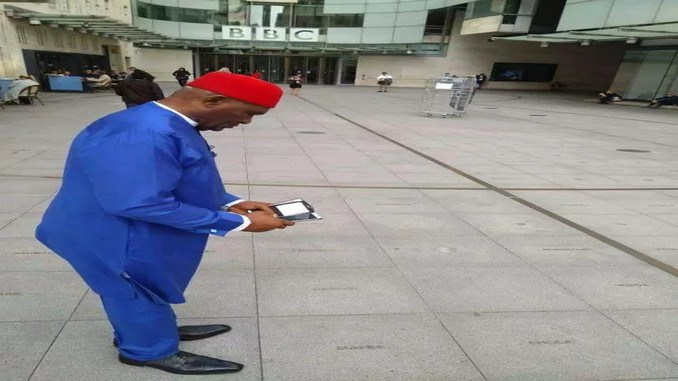 He also visited the BBC Headquarters in London where he was pictured taking shots of the engraving of Biafra at corporation’s floor. The picture which was posted by IfeanyiCy Njoku on Facebook showed Nnia-Nwodo wearing a blue ‘City fathers’ traditional wear with a red cap.
Nwodo in an interview said the Igbos in Nigerian are being treated like second class citizens by the President Muhamamdu Buhari-led administration.
He also warned that Biafra maybe be the solution to the problem of the Igbo people who mainly dominate the southeast region of Nigeria if no significant change is seen in the nearest future.
Follow Us on Twitter!