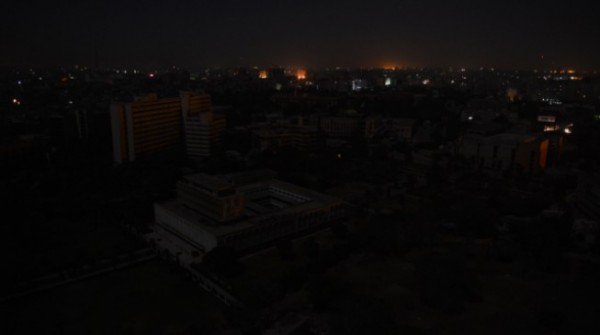 The Transmission Company of Nigeria has announced a total collapse of the country’s electricity grid.
It, however, assured that restoration of the grid was at an advanced stage and explained that the total collapse was due to tripping of three generator units at Egbin power generation station.
The daily report on Nigeria’s power sector stated that the grid collapsed totally on Thursday, September 28, 2017, after the country generated 3,515 megawatts of electricity the preceding day.
The TCN said, “A total system collapse was recorded on September 28, 2017 at 20:03Hrs.

“Reports obtained from stations and the sequence of events generated by the SCADA system indicated that the system collapse was triggered by the tripping of Egbin Units ST4, ST6 and ST5 at ‘20:03:15, 20:03:32 and 20:03:34’ respectively.
“By this incident, the Nigerian electric power grid lost generation completely before restoration commenced at 20:22Hrs.”
TCN added that the development had left the system vulnerable to the extent that perturbations of this magnitude resulted in severe system frequency dip that culminated in system collapse.
Follow Us on Twitter!