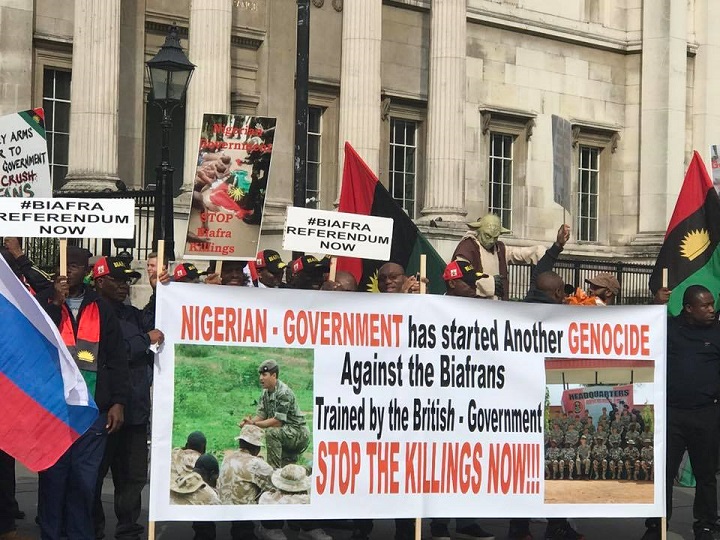 Photos – IPOB Protest in London Over Army Invasion.
Members of the Indigenous People of Biafra, IPOB, has staged a massive, well-attended protest in London against the recent Invasion of its leader, Nnamdi Kanu’s home and alleged killing of its members in Abia State.
The Pro-Biafra group whose members turned out in their numbers carried placards suggestive of an impending genocide by the military against the ‘Biafrans’ in the south East.