Home » news » BREAKING: Fani-Kayode Tells Nigerians – Fayose The Right Man To Take Over From Buhari In 2019, See Why

BREAKING: Fani-Kayode Tells Nigerians – Fayose The Right Man To Take Over From Buhari In 2019, See Why 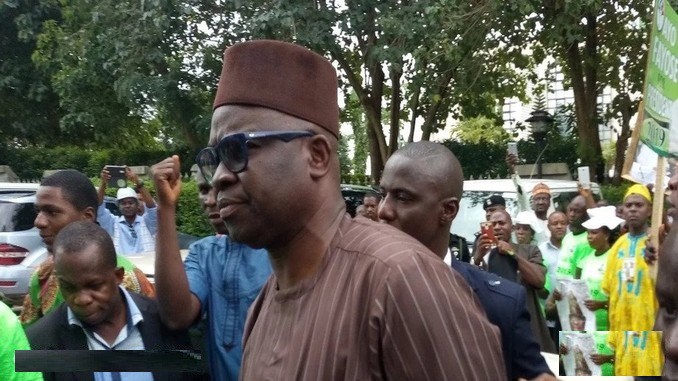 The former minister while stating this at the presidential declaration of the governor in Abuja, added that the PDP has also been blessed with the governor being a member of the party. Fani-Kayode also said under Fayose’s administration Ekiti state had been blessed.
In an elaborate ceremony at Chelsea Hotel, Abuja, on Thursday, September 28, the governor said his decision to contest the election is borne put of his love for Nigeria. Watch the video below…
Follow Us on Twitter!