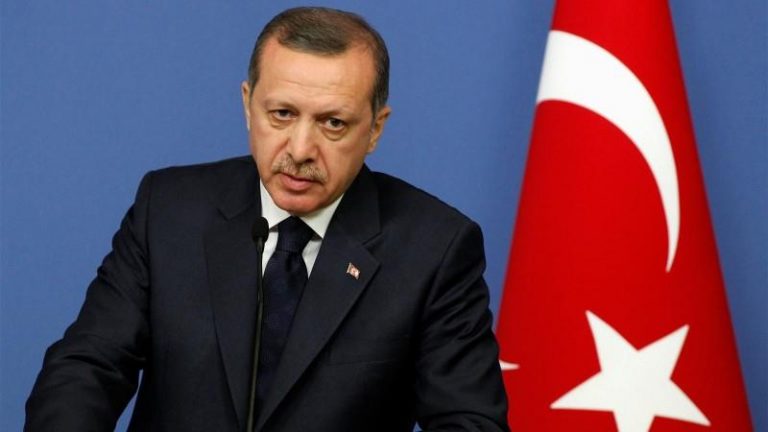 THE Nigeria Customs Service, NCS, Thursday said that it had uncovered a Nigerian syndicate in Turkey involved in illegal arms imports just as the Federal Government and the Turkish government are meeting today in Abuja to find a lasting solution to the incessant arms imports from the European country. Comptroller-General of Customs, Col. Hameed Ibrahim Ali (Rtd) displays theseized 1,100 Jojef Magnum Pump Action and Jojef Magnum Plastic Single Barrels Hunting Gun Pump Action Rifles at Lagos Tin-Can Disclosing this in Lagos, Comptroller-General of the Service, Col. Hammed Ali, and (Rtd) said that the importer of the arms has been identified as Great James Oil and Gas Limited. Ali also said that all Customs Area Comptrollers have been put on red alert at all entry points into the country which includes the airports, seaport and border posts. He said that the agency was also collaborating with the Directorate of State Service, DSS, and the Nigerian Intelligence Agency, NIA to nip the menace at the bud. “Now that Tin-Can Island port has become a hot spot for arms smuggling, these criminals will move elsewhere and we must be at alert”. He added The Customs boss also disclosed that has also developed a profile to conduct a hundred percent examination of any container coming from Turkey adding The container was subjected to 100 percent examination and the result is what you are seeing here on the ground.
According the Comptroller General of Customs, the vessel that brought in the container that brought the dangerous cargo is ‘M. V Arkas Africa owned by Hull Blyth shipping company. He noted that 70 to 80 percent of imported cargoes are under declared that is why we resort to 100 percent examination. “Our findings have shown that this dastardly act is being committed by Nigerians and there are syndicates in Turkey that are manifesting this. “We are yet to get the bottom of the whole thing, are these arms meant for commercial purposes, or meant to be given to a group of insurgents or agitators and kidnappers. “That aspect of the investigation is still ongoing, the SSS and other agencies will let us know what their finding are.
“For us in the NCS, we have developed a profile and like I promised you, we are going to escalate the issue beyond the borders of Nigeria. “Having identified the country of origin, we will not relent on making sure that we get to the bottom of why the offensive import is coming from one particular country. “Fortunately, we have made an inroad; we will have the first Diplomatic meeting with the Turkish Ambassador basically on this issue of arms import. “Already, President Buhari had discussed this issue at an international forum and the Ambassador has been mandated to seat with us and let us find the way forward. “Steps are being taken beyond the shores of Nigeria because we establish what is happening, why is it happening and how we can stop it. “We want to be ahead of these criminals, we are right inside the port to tract and monitor the container right from the ship.

“We are getting more advanced and employing all the Technology we have.” He disclosed that the Service has also increased and enhanced its patrol teams across the country to ensure such dangerous cargoes do not come in. Despite several attempts to get the Comptroller-General of Customs to name the terminal the container was to land, he declined to disclose the name of the terminal for reasons that Vanguard could not ascertain. Customs to profile more containers With the interception of the deadly weapons imported in a 20ft container number CMAU 189817/8 and concealed with thousands of soil pipes, the Nigeria Customs Service, NCS, is putting measures in place to profile more containers that may likely carry such dangerous items from the sea.
The Customs Area Controller, CAC, of the Command, Comptroller Bashar Yusuf, made this known while addressing Journalists at the Command said that the seizure of the 470 pump action rifles was made possible through accurate data profiling of the cargo right from the sea. According to him, “Container profiling is quite imperative in Customs operations, because through this means, we were able to track the arms from the vessel in the sea and intercepted the items at the entry point. We profiled the container through the means of conveyance used in bringing the weapons as well as data from the documents attached to it. Similarly, we are currently profiling containers that are not only carrying arms but other prohibited items, in order to prevent such offensive items from going into our economic environment”.
In the same vein, the Comptroller General of Customs, CGC, Hameed Ali, said that arms or ammunition falls under absolute prohibited items, which are not allowed to be imported into the country by any individual. He said, “Aside from arms and ammunition posing a serious challenge to national security, 80 percent of illicit goods coming into the country, which are often intercepted by Customs full under false declaration. For example, the discovery of these 470 pump action rifles, which brings the number of arms seized in the last eight months to 2,671. Therefore, we need the best technology to detect such items, in order to prevent them from going into the wrong hands”.
A search at the corporate affairs commission website reveals the following about the company:
RC NUMBER: 968675
COMPANY NAME: GREAT JAMES OIL & GAS LIMITED
ADDRESS: SUITE 4, PRINCE AND PRINCESS ESTATE 4TH AVENUE, ABUJA, FCT
DATE OF REGISTRATION: 2011-07-28
Follow Us on Twitter!