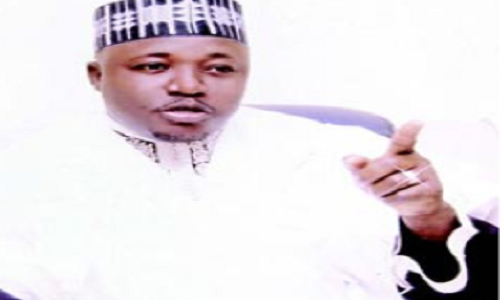 Arewa Youth Consultative Forum (AYCF) has revealed the true enemy of Nigeria and the government of President Muhammadu Buhari.
This follows the arrest warrant obtained by Mallam El-Rufai the Governor of Kaduna State to arrest members of the above-named group over the quit notice issued the Igbos to vacate the region on before October 1, 2017.
However, as the deadline draws near which is less than 24 hours away after the youths have been prevailed upon to rescind their decision and withdraw the statement, the governor reportedly obtained an  arrest warrant to proceed against the members of the group.
Reacting, the President of the group, Alhaji Sherima , said it is unfortunate that the governor went ahead and obtained a warrant over an incident that had long been put behind the group and warned the governor was playing with fire.

El-Rufai , he said, is an enemy of Nigerians particularly the government of President Muhammadu Buhari.
He said: “We are wondering because El-Rufai never thought of this until few days before October 1, when the issue has been put behind us, and we have done wonderfully to nip in the bud any crisis that would arise in the north because of killings in the Southeast.
'' We took it upon ourselves to go to Kano, a volatile area to address the northern youths, and warned that nobody should attack any Igbo in the region; more so, there shouldn’t be any reprisal attack. No one from Southeast was harassed in the north. For him to come now is a clear indication for Nigerians to know the true enemy of the government, as well as, true enemy of the country.”
“He is doing it to incite people against the government and he is playing with fire. That is exactly what he is demonstrating because there is peace in the land, and we are working to ensure that there is unity. About two weeks ago, we have conference of all the ethnic nationalities, where we resolved to work together in order to build a stable country  as a panacea to having peace and progress, and to support the good policies of the government, and suddenly, El-rufai is coming up with this issue, after all the efforts we have been making to ensure peace.'', he added.
Follow Us on Twitter!