Home » opinion » Biafra : Why I Am Not Interested In Legality Of Operation Python Dance – Lai Mohammed Reveals

Biafra : Why I Am Not Interested In Legality Of Operation Python Dance – Lai Mohammed Reveals 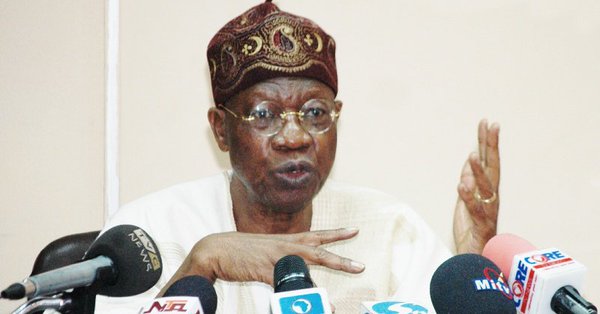 Nigeria’s minister of Information, Alhaji Lai Mohammed has said that Nigeria would have been in crisis if President Buhari was ‘Overly concerned’ about the legality of ‘Operation python Dance’.
Mohammed, while speaking to Statehouse correspondents on Wednesday had this to said that President Buhari’s ‘intervention’ saved the country from collapse. In his words;
“Before I proceed, let me state clearly that it is within the rights of individuals or groups to seek self-determination. But this pursuit has to be non-violent. Where any group crosses the line by engaging in violence, it risks being cut to size. And that’s exactly what has happened to IPOB,” he said.

“I am not interested in the semantics or legality of troop deployment or the proscription of IPOB. All I know is that IPOB has engaged in terrorist activities, viz: setting up parallel military and paramilitary organizations, clashing with the national army and attempting to seize rifles from soldiers, using weapons such as machetes, Molotov cocktails and sticks and mounting roadblocks to extort money from people, among others.
“To those who have engaged in semantics or legality, I ask: Which country in the world will tolerate those activities I have listed above? Which national army will look the other way when it is being attacked by a band of thugs?”.
The minister also revealed that President Buhari has authorized the proscription of IPOB. It will be recalled that the president approved the deployment of troops to the south-east under ‘Operation Python Dance II’ where they clashed with members of the Nnamdi Kanu led Indigenous people of Biafra(IPOB).