BIAFRA: When people say they want BIAFRA, I laugh because I know cannot rule ourselves - Gov David Umahi ridicules kinsmen 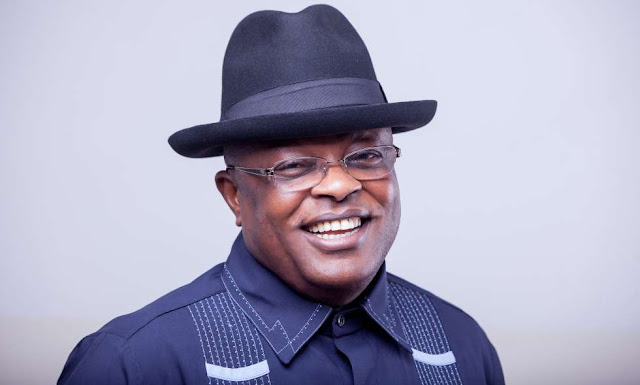 The  Governor of Ebonyi State, David Umahi, has taken the Indigenous People of Biafra and other Biafra agitators to task agitation for an independent state of Biafra.
He criticised the agitators while fielding questions in an interview with the Daily Sun saying that even at the emergence of Biafra the Igbo cannot rule themselves resulting from the atrocities which are prevalent in the southeast ranging from cultism, kidnapping, armed robbery etc.
He said: ''When people say that they want to have Biafra, I laugh. This is because if IPOB had ensured that there was no single kidnap in the South East; ensured that there was no single killing of people, armed robbery and all that, people can begin to say that these people can rule themselves. Look at the level of cultism, armed robbery in the South East. There a lot of atrocities that is happening. It shows that we cannot even rule ourselves if we are to become Biafra.

Speaking further he advised the people of the southeast to go back to hardwork which the Igbo people are known for and which their forefathers also bequeathed to them.
In his words, ''Let us go back to hard work which Igbo people are known for. Our forefathers bequeathed hard work, honesty, commitment to duties and all good virtues. Let us go back to them.
'God has given us wisdom. Let us explore it. Let us not be pushed into war by people who we think are sympathetic to our course only to be left in the blues. It has happened before. Let it not happen again. We are wiser and better now.'', he added.
Follow Us on Twitter!