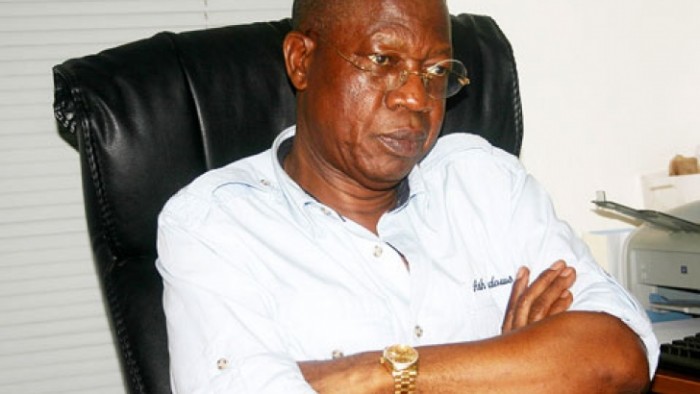 The Federal Government says the Indigenous People of Biafra (IPOB) is ignorant of the depth of unity in the diversity of Nigeria.
The Minister of Information and Culture, Alhaji Lai Mohammed stated this on Wednesday in Abuja when he featured on “Embelembe” a phone-in radio programme on 101.1 Human Rights Radio.
The Minister faulted the group over hate and divisive speeches by its leader, Nnamdi Kanu, the violent attack on the military and extortion of innocent Nigerian at illegal roadblocks.
Giving instances, the Minister said that the call by Kanu on the Igbo “not to attend any Church where the pastor is a Yoruba man” is premised on ignorance on the diversity of the country.
Mohammed said that the Mountain of Fire Ministry established by an Igbo has a Football Club owned by a Yoruba, with a coach from Igbo extraction and players across all the regions and tribes of the country.
He stressed that Nigerians are so interwoven and united and a call for violent division would not succeed.
Mohammed noted that the Federal government was not adverse to agitations from any quarter provided it is carried out in a manner that would not result in violence and war.
He commended the military, the state governors particularly from the East and the North, the traditional rulers and religious leaders for their timely intervention to nip the crisis started by IPOB’s in the bud.
The Minister said the government of President Muhammadu Buhari is passionate about the plight of Nigerians and would not rest until it makes life easier for everyone.
He said as a listening government, the administration is taking concrete steps to address the environmental degradation in the Niger Delta.

Mohammed also disclosed that no fewer than 3 million pupils were being fed in 14 states while 30,000 cooks were engaged through the Federal Government feeding programme.
He enjoined Nigerians and followers of the programme to download his ministry’s information apps, “FGNiapp” to access authentic information, programmes and agenda of the government.
The anchor of the programme, Ahmed Isa, popularly called “Ordinary President” said Nigeria’s unity is like a bunch of brooms, the more and bigger it is, the better for the country.
He expressed worry over the dimension the IPOB protest was going, stressing that government must do all within its means to address it.
He said: “The way things are going, we are not happy.
“As I have always said to my brothers from the East, If you don’t know the proper way to claim your right it is likely to become a plight”.
Follow Us on Twitter!