Home » opinion » Biafra: How I Will Treat Nnamdi Kanu If I Were President – Agbakoba [ex NBA Boss]

Biafra: How I Will Treat Nnamdi Kanu If I Were President – Agbakoba [ex NBA Boss] 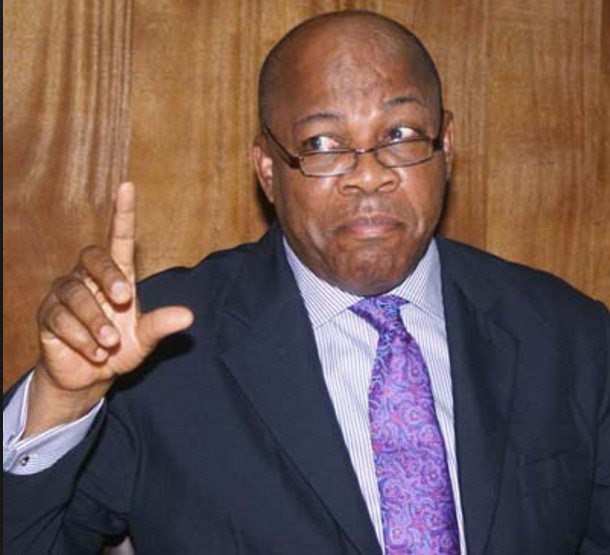 A former President of the Nigerian Bar Association (NBA), Olisa Agbakoba (SAN) has stated that President Muhammadu Buhari is making the leader of the Indigenous People of Biafra. IPOB, Nnamdi Kanu popular with his decision to send military forces after him.
Speaking at a press briefing in Lagos, Agbakoba faulted the military action against the agitators, saying it had complicated the issues.
He said were he the President, he would have engaged the IPOB leader Nnamdi Kanu and face the issues rather than “crushing” the group, which he said was “gaining international traction”.
To him, the agitation for true federalism and complaints about marginalisation went beyond IPOB.
The eminent lawyer said President Buhari cannot delegate the responsibility of leading the process of restructuring Nigeria.
He said the president would be forced to reconsider his position if all Nigerians, especially key Northern and Southern leaders, agreed on restructuring.
He said, “The president has delegated the responsibility to restructure Nigeria to the National Assembly and National Council of State.
“But, this responsibility cannot be delegated. Section 5 of the Constitution vests the President with executive powers of the federation and this includes the power to restructure Nigeria.
“The way forward for Nigeria is for the citizens, in exercise of the power inherent in them as a sovereign people, to make, through a referendum, a new constitution, constituting a new political order.
“The process must be led by the President as the elected leader of the people,” he said.

Agbakoba said Nigeria was increasingly becoming a fragile state, with conflict and agitation everywhere, and most parts of the country feeling either marginalised or excluded, leading to calls for restructuring.
“The Orosanye committee reviewed 263 statutory agencies of government and asked government to scrap 102 agencies. Government should implement the Orasanye report immediately.
“Government should then focus on its core mandate, which is, policy, execution and regulation and stay completely away from business matters.
“This will empower a new set of economic actors (civil society and the private sector). This type of restructure is critical for economic development,” Agbakoba said.
“The president should initiate the restructuring project by providing context. Restructuring can be implemented by executive and administrative orders and also presenting the 2014 National Conference Report to the National Assembly.
“The 2014 National Conference Report actually examined and resolved a lot of the restructuring issues. So, we should start with the report,” he said. On former President Olusegun Obasanjo’s advise to Agbakoba to join politics, the former NBA president said: “When I met Obasanjo, I said: ‘Thanks for the reply, but know that to contest for a political office today requires all kinds of resources.
“There is no way that a young man can become Nigeria’s president if the obstacles that are on ground do not shift. Obasanjo has the capacity, in collaboration with others who should be concerned with bequeathing the legacy of a strong Nigeria. If they part the red sea, people like us will cross it.”
Follow Us on Twitter!