BIAFRA: FG Must Punish Criminals as it Addresses Genuine Argument for Restructuring 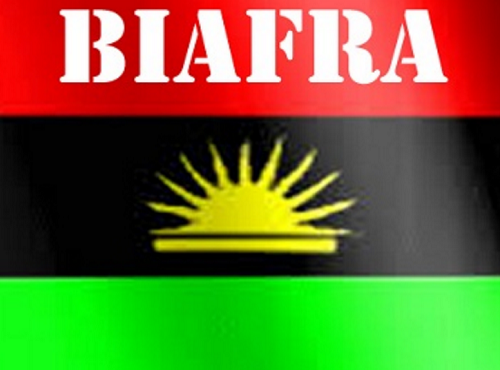 The Federal Government of Nigeria must immediately bring the weight of the law to bear on criminal elements that are hiding under agitation against marginalization to breach the constitution and the extant laws of the land even as everything must be done to address genuine concerns being expressed by those using the appropriate channels to demand restructuring.
This call became necessary following observation that many members of the terrorist group, the Indigenous People of Biafra (IPoB) have started migrating to other separatist groups that are becoming virulent and could soon continue acts of aggression from where IPoB stopped before the court ordered that it is a terror group.
The Biafra Zionists Federation (BZF) led by one Benjamin Igwe Onwuka, having been swelled in membership by defecting IPoB members, is now ramping up its purveyance of hate speech and incitement to violence in the fashion of the terrorist group. Onwuka, speaking as BZF leader, is calling for attacks on the Chief of Army Staff (COAS) - Lt. Gen Tukur Buratai and the Minister of Information, Alhaji Lai Mohammed, including threatening them with trial at the International Criminal Court on a shallow basis.
Onwuka, who clearly forgot that only those who have wronged the people will go to prison, must be reminded that history would acknowledge Alhaji Lai Mohammed and General Buratai as heroes especially in the way they discharged their sacred responsibility of upholding good governance in Nigeria and by extension in Africa.
Much as Onwuka's BZF and other miscreants are angry that the Nigerian Army has tamed them and prevented them from continuing to unleash mayhem on innocent citizens or to continue their regime of criminality, they must realize that no country gives free passes to terrorists, extremists, secessionists and separatists to oppress the law-abiding populations.
Onwuka, BZF, and other separatists have the penchant for pegging their ill-conceived demand on the notion that they can get other nations to interfere in the affairs of Nigeria.

This rabble must therefore be schooled to understand that responsible leaders deal head on with criminality irrespective of the barrage of propaganda and sponsored outcry by criminals and their backers. The United States under President Donald Trump banned nationals of eight countries from gaining access to that country; on September 27, 2017 eleven people were arrested across England and Wales as part of investigation United Kingdom's banned extreme right-wing group, National Action, which is just one of the many banned groups in that country.
We recommend the words of Detective Chief Superintendent Martin Snowden, the head of counter-terrorism policing in North East England, to the Federal Government, Biafra separatists and terrorists alike. Snwoden said of the arrests: "Those who promote extreme views are looking to divide our communities and spread hatred. This will not be tolerated and those who do so must be brought to justice."
The government of Nigerian and its military must therefore pay no heed to the shallow threats from misguided elements that think agitation for restructuring or secession confers immunity for breaking the law. Only those that make their case for restructuring through constitutionally sanctioned channels and processes must be given attention while law breakers should be dealt with as prescribed by law.
Dr. Emmanuel Ogah
Convener