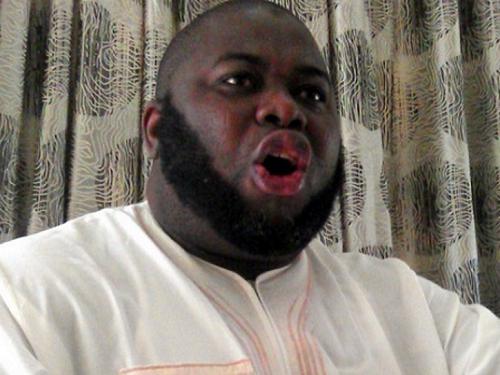 Former Niger Delta militant leader, Asari Dokubo, has declared that President Muhammadu Buhari is worse than former German dictator, Adolf Hitler.
Dokubo made the declaration while reacting to the deployment of soldiers to the South East and alleged invasion of the residence of the leader of the Indigenous People of Biafra, IPOB, Nnamdi Kanu.
In a video he shared on his Facebook page, the former militant leader described the action as tryanical and dictatorial.
According to Dokubo, “During my student union days, there was real patriotism, but today what you have is the support of the strong against the weak, the events that had unfolded in Umuahia, Aba and other places had really shown the bad side of the Nigerian pseudo elites and there mimickers who enjoy watching the suffering of other people.
“I have never seen anything so bad, so dictatorial, so tyrannical like what was played out. I don’t think Hitler even did what happened in Umuahia.
“First they said they were innocently passing and people were throwing stones at them.
“Look at Goodluck Jonathan was in Bauchi, he was stoned, in Katsina and Kaduna where he was stoned but he never asked the soldiers to shoot, he is an Ijaw man from Biafra.
“Muhammadu Buhari is a Gambari from Katsina, Jonathan was stoned there he did not ask soldiers to attack people.
“Where were they when Boko Haram killed many people, if they are so strong like Buhari boasted.
“The next thing there was the invasion of the house, we saw all the videos and there was a clamor that service providers should cut off internet connectivity in the house-hold of the South East and Buhari’s soldiers should go in and commit pogrom. Thought they could not achieve that purpose because people were ahead of them.

“People are asking why did Nnamdi Kanu ran away? But if Buhari is not afraid why is he denying that the pictures that came out are fake?
“You committed this act of aggression, brutality against unharmed people, you murdered them behind their back, they were not carrying guns or anything but Biafran flags. You killed them, suffocated them in a pool of water, you did it so don’t deny it, don’t be a coward.
“You are fast to call other people coward but your actions will catch up with you, the world will continue to see these pictures, we will continue to put them out there until you, Buhari, and your cohorts are brought to justice.”
Watch The Video below: