Biafra: Buhari To Order Army Out Of Abia Today 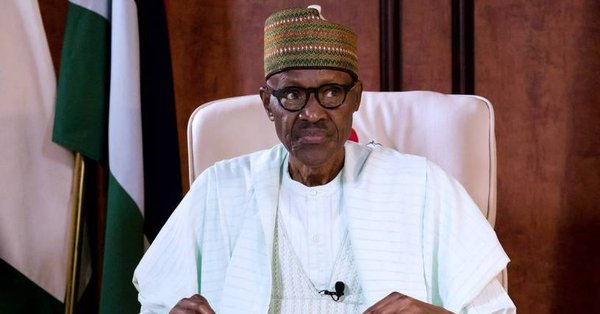 ​President Muhammadu Buhari may today direct the Nigerian Army to leave Abia State.
An impeccable source made the disclosure to Press in Abuja Monday night.
The decision, it was gathered, was to douse tension that has enveloped the region following onslaught against the Indigenous People of Biafra (IPOB)​.
He said the president, who had given a matching order to crush anyone engaging in violent acts, had a rethink following appeals by Southeast governors, elder statesmen and other stakeholders.
“President Buhari has received briefings about the operation. Reports show that the agitators have calmed; further deployment of troops at this point may be read as declaration of war against Igbos.
“The governors have given him their word, that they are on top of the situation. The IG has already sent mobile police force to Abia and they are now on ground.
“The announcement will be made tomorrow (Tuesday). Number of troops will be slashed, while the remaining detachments will remain to maintain the peace.”
The signal from the president might have led to the denial by Chief of Army Staff, Lt. General Tukur Buratai, that the Defence Headquarters declared IPOB a terrorist organisation.
Speaking during the official launch of Operation Python Dance II in Abakaliki, Buratai insisted that what the military did was a “pronouncement”.
“You have to get it very clear. First of all, what the Defence Headquarters did was to make pronouncement. It wasn’t a declaration per se. But this has given room for the right step to be taken. I think the government is doing the right thing.
“It is not that we are overstepping our bounds. We are still within the limits. And I ensure you that what the military said was to set the ball rolling and to bring the awareness to the public that this is what this organization is all about. I’m happy that the government has done the right thing right now,” he said.
Recall that Abia Governor, Okezie Ikpeazu, confirmed the withdrawal of troops deployed to the state for a one-month military exercise code-named “Operation Python Dance”

Ikpeazu spoke when he visited the secretariat of the Nigeria Union of Journalists (NUJ) Abia council to commiserate with journalists over last Tuesday’s invasion of the secretariat by soldiers.
“We are grateful to God for intervening in stopping what could have been the greatest bloodbath known in the history of mankind”, Ikpeazu said.
He also thanked President Buhari for reposing confidence in Southeast Governors’ Forum.
‘We thank him for giving us a second chance to talk to our people on the need for us to live as one united nation,” he said.
Yesterday, Buhari sent a delegation of Northern Governors to the South-East and South-South geo-political zones​.
They include​ Chairman of the Forum and Governor of Borno State, Kashim​ She​ttima, Governor Aminu Bello Masari of Katsina, Aminu Waziri Tambuwal of Sokoto, Abubakar Atiku Bagudu of Kebbi and Simon Lalong of Plateau States.
Tambuwal’s spokesman, Imam Imam, confirmed the trip.
He said the governors will hold meetings with their counterparts in Rivers, Abia and Imo States.
“Apart from the visit to political leaderships in those states, the delegation is expected to meet with traditional and religious leaders. They will also confer with Northerners resident in those states​”, Imam disclosed.​
“Importantly, the delegation will reassure their counterparts in the South South and South East that all Nigerians are free to stay in all parts of the country, especially in the North, and that the entire North stands with the people of South East in this period of heightened tension.
“The visit has the blessing of President Muhammadu Buhari and the consultations will continue with all stakeholders so as to enhance unity and peace in the federation.”