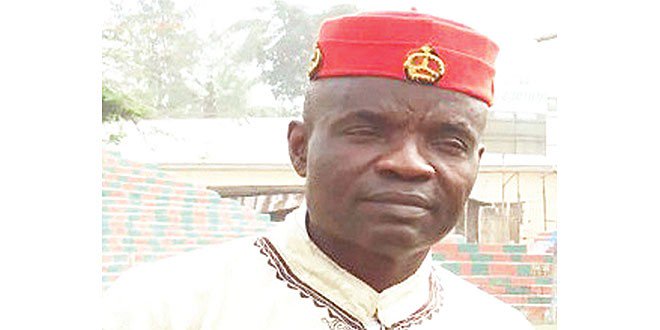 A chieftain of the  All Progressives Grand Alliance, (APGA) Chief Rommy Ezeonwukahe has proffered spiritual solution to end the raging agitation for Biafra.
He chastised the southeast governors for not doing enough by moving to proscribe the Indigenous People of Biafra adding that the souls of the victims of Biafra civil war victims were still alive and hovering here and there and not until they receive proper burial, the agitation by the youths in the southeast and some parts of the south-south will continue.
He said: “There is need for them to unanimously decide on how the souls of those who lost their lives during the civil war between 1967-1970 and related struggle would be reburied and appeased.


“But the governors have not done enough research in before their decision to proscribe the IPOB, there is a spiritual aspect of what is going on, the souls that died during the war are still hovering because they have not been recognized and buried.
“As a spiritual person, I can tell you that those souls that were lost are still alive, they have possessed our youths that is why they calling for Biafra even at the risk of their lives.
“I am therefore calling on the governors in the old Eastern region states to unite and put an end to this agitation by setting up a memorial for dead Biafra soldiers so that they can be appeased and allow the living to have peace.
“This is done all over the world including her Catholic Church, every soul deserves respect even in death,” he said.
Follow Us on Twitter!