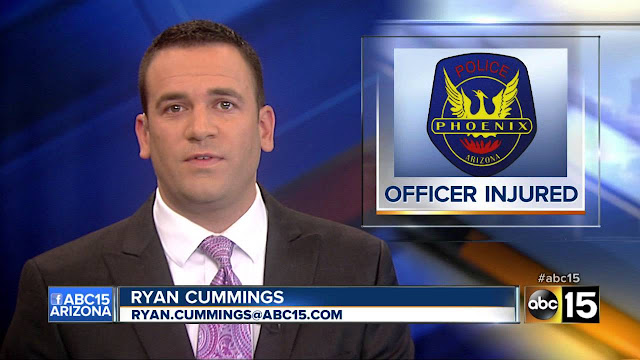 Ryan Cummings, the  Director of Africa-focused risk management company, Signal Risk, has warned against state crackdown on the Indigenous People of Biafra,(  IPOB).
He said further crackdown could militarised the group like Boko Haram whose leader, Mohammed Yusuf, was killed sometime in Maiduguri, Borno State, North-East Nigeria.
He stated this in an article titled ''Could IPOB go the way of Boko Haram?''
In this piece below, he expressed fears that continued crack down of the separatist group without using dialogue to resolve the brewing crisi could as a matter of fact radicalize its members to take up arms like Boko Haram, one of the deadliest insurgent groups in Africa.
He wrote:
''Formed in 2012 by separatist activist Nnamdi Kanu, the Indigenous People of Biafra (IPOB) movement remained largely obscure. It was only the latest in a number of voices lobbying for a region dominated by the Igbo community to revive a short-lived state.
The Igbo are one of Nigeria’s three main ethnic groups and the main one in Nigeria’s south-east, a region that has been a crucible for successive separatist movements seeking to restore the short-lived Republic of Biafra.

The secessionists’ defeat in 1970 following a ruinous civil war has led to the longevity of arguments that the community continues to be punished, including through being allocated less resources by the state.
But Kanu’s reasons for seeking to resurrect Biafra were generally uncirculated outside his home town of Umuahia, the state capital of Abia and the de facto capital of the erstwhile republic.
Paradoxically, IPOB’s rise to prominence was aided by a state crackdown on Kanu, his Radio Biaframouthpiece and the group’s limited membership.
Initially involving the forcible dispersal of IPOB gatherings, the state then targeted its leader. Kanu was arrested in October 2015 on charges of sedition and incitement. To sympathisers, the crackdown on the group strengthened his claims of the Nigerian state’s ethno-political oppression of Igbos which anchors their separatist ideology.
Formally designated a terrorist organisation.
Although Kanu was conditionally released on bail in April 2017, the government’s suppression of IPOB continued. On 15 September, IPOB was declared a terrorist group by Nigeria’s director of Defence Information, Major-General John Enenche.
The military figure cited several reasons for this. These included IPOB’s self-professed creation of paramilitary structures, its establishment of illegal roadblocks and the group’s possession and use of weapons against a military patrol it reportedly ambushed near Kanu’s Afaraukwu country home on 10 September.
As per Nigeria’s 2011 Terrorism (Prevention) Act, IPOB was formally designated a terrorist organisation by the Federal High Court of Abuja on 20 September, its existence proscribed throughout Nigeria. Kanu is challenging this.
While the merit of IPOB’s terrorist designation is subject to a judicial review, its current proscription indicates the government’s stance on its secessionist agenda.
State crackdown ‘could inflame’ crisis
The Nigerian government appears to emphasise forcefully clamping down on the group rather than listening to its grievances. At least one lawmaker has termed IPOB’s ambitions unconstitutional, saying that its military suppression is justifiable. (Note: Section 2 (1) of Nigeria’s 1999 constitution states that “Nigeria is one indivisible and indissoluble sovereign state to be known by the name of the Federal Republic of Nigeria”.)
The immediate concern is whether IPOB’s terrorist designation and its treatment as such will resolve or further inflame the brewing crisis. Based on recent precedent, the latter seems the more plausible outcome and this would have startling similarities to another group.
A crackdown on mobilisation, the arrest of its leader and a ban were the same mechanisms employed by the Nigerian government against Boko Haram when the sect was still operating as a civic movement in north-eastern Nigeria.
It was the forceful suppression of Boko Haram, culminating with the custodial killing of its leader Muhammad Yusuf in June 2009, that ultimately militarised it.
Africa’s deadliest Islamist insurgency

Some 60 IPOB members are in police custody on terrorism charges while Kanu has been missing since 14 September.
The situation in Nigeria’s south-east is uncomfortably similar to that which preceded the so-called Maiduguri uprising and which ultimately birthed Africa’s deadliest Islamist insurgency.
While a Boko Haram-esque militarisation of IPOB is not a foregone conclusion, a continued state crackdown on the Igbo movement could at the very least swell its support base. Kanu’s often inflammatory rhetoric and IPOB’s threats to disrupt political processes in Nigeria’s south-east has tended to limit the group’s appeal even among Igbo leaders.
However, a recent study suggests support of both IPOB and its separatist ambitions is increasing in Nigeria’s south-east and south-south political zones, amid the government’s crackdown.
A ‘quit’ notice.
The increasing appeal of IPOB’s cause risks not only placing a growing base of adherents at conflict with the Nigerian government but also with other ethnic groups.
A group aligned with the northern Nigeria Hausa community issued a 1 October ultimatum for Igbos to leave the north and relocate to the south-east. Paradoxically, similar “quit notices” and associated pogroms of northern Igbo communities birthed the idea of Igbo independence.
The Arewa Youth Forum’s provocative demand elicited only a rhetorical response from the government but is thought to have catalysed recent clashes between the two communities in the city of Jos, long a flashpoint for ethno-political tensions.
With ambiguity surrounding whether the quit notice remains in force, the possibility of further intercommunal violence between the Igbo and Hausa communities remains.
Again, this would only serve to promote the ideal of an Igbo state, particularly if the government’s response is deemed partial to the ethnic northern Nigeria constituency of President Muhammadu Buhari.''
Ryan Cummings, writing for Africa Check, is a director of Africa-focused risk management company, Signal Risk (www.signalrisk.com).