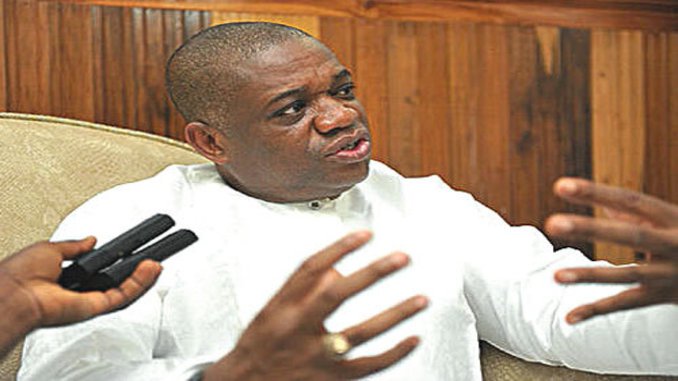 The former governor of Abia state, Dr Orji Kalu has declared his opposition to agitation for Biafra.
Kalu insists that restructuring the only acceptable solution for Nigeria’s problems remained restructuring
He also said the agitation for restructuring is an legitimate demands
Abia state former governor, Dr Orji Kalu, on Friday, September 29, said restructuring is a remedy to solving the problems facing Nigeria.
Kalu disclosed this remark in a paper he presented at a Public Lecture organised by the Department of Social Sciences, University of Calabar. “I believe fully in the unity of Nigeria. I am against those who call for the division of the country.

There is no such provision as division in our Constitution. “If you look at all political or constitutional conferences we have had in this country since after independence, you will find that devolution of powers featured prominently but under different guise.
“Whether we call it resource control, Sovereign National Conference, Restructuring or by any other name, we are saying the same thing.
It is what the nation needs at the moment, to move forward. “The agitation for devolution of power, restructuring or referendum, are all legitimate democratic demands.”
Follow Us on Twitter!