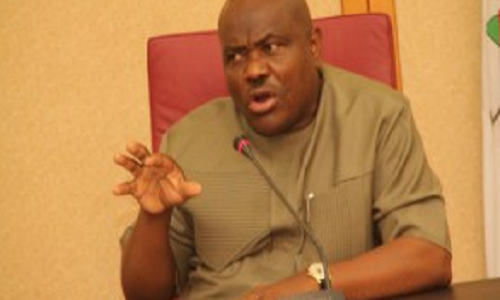 The Rivers State Government says it has uncovered plot by the All Progressives Congress (APC) and some evil-minded Nigeria Police officers to instigate the students of tertiary institutions in the state to embark on protest against non-payment of bursary and in the process, a few will be shot by the police to give the State Government a bad name and label the State as unsafe.
This revelation was contained in a statement issued on Tuesday in Port Harcourt by the State Commissioner for Information and Communications, Barr. Emma Okah.
According to the statement, which was made available to Igbere TV reveals that it this plot is part of an orchestrated plan by the opposition and some police officers to continue to create crisis in the state, create fear in the mind of people, discourage inflow of investments and give the impression that the governor is not compete
The statement further warns students to stay away from any planned protest as the State Government will not be held responsible if any harm befalls them while in the course of any such enterprise.

“While we recognize the right of any citizen to assemble and carry out peaceful protests within the law, the present planned protest by the students is politically motivated and laced with huge danger as nobody knows who may be killed in the process” he said, noting that the protest is premature as there are several unexplored avenues for students’ grievances to be addressed and resolved.
The Commissioner further warns that students who may defy this caution will be doing so at their own risk as the Rivers State Government will have no hand in inviting police to quell the protesting students or in killing any of them.
Follow Us on Twitter!