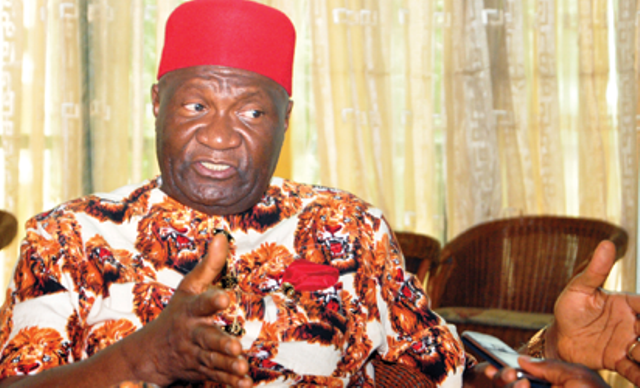 The Igbo socio-cultural group, Ohanaeze Ndigbo, has said anyone who wants to kill Northerners in the South-East should be ready to kill governors of the region first.

President-General of the organisation, Chief John Nwodo, made the remark while commending the Sultan of Sokoto, Alhaji Sa’ad Abubakar, over his recent statement saying “whoever wants to attack the Igbo, should attack him first.’
Speaking when he led a delegation of Ohanaeze on a visit to the Sokoto State Governor, Aminu Tambuwal, Nwodo said the visit was at the instance of the South-East governors and other stakeholders from the South-East.

He said people of the South-East and the country in general cannot afford another civil war.

Nwodo noted that though Nigeria was passing through trying times, the unity that existed over the years should be maintained.
Nwodo said, “Yes, our country is going through a trying period. We should, under any circumstances, not experience another civil war. We should not allow personal emotions to undermine our national unity.
“In the same vein, I came with the assurances of the South-East governors that any Igbo who wants to kill a northerner, should first kill them.
“We must remain partners in progress of our country, as we have seen how our own fathers and forefathers live to make it grow and develop to its present stage.”