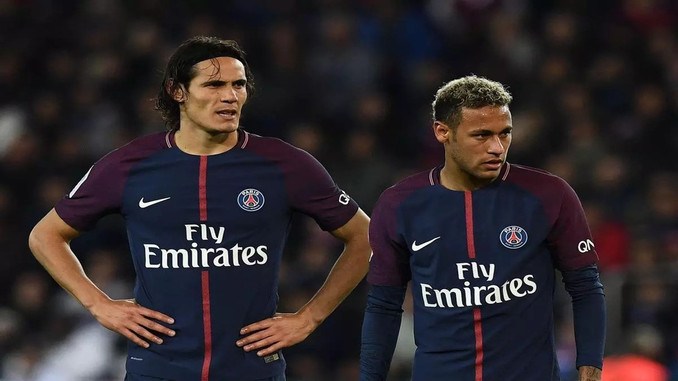 Chelsea have shown interest to sign PSG striker Edinson Cavani, the player could be on his way out of the club in January 2018
Cavani and Brazilian star Neymar were involved in a row on the pitch during the past weekend
Reigning Premier League champions Chelsea are reportedly preparing a mega million transfer deal for unsettled PSG striker Edinson Cavani.
This comes after the row between the Uruguayan star and Brazilian forward Neymar who exchanged tough words on the pitch in their win against Lyon.

Reports emerged that Neymar wants Cavani sold after the dispute which saw them come to blows on more than one occasion over who should be on set-piece duty. Paris-Saint-Germain are now considering selling the 30-year-old star in the January transfer, and Premier League club Chelsea have shown interest.
Chelsea coach Antonio Conte wants Edinson Cavani to provide support for Spanish striker Alvaro Morata up front at Stamford Bridge.
Meanwhile, Everton, Liverpool and German Bundesliga side Bayern Munich are also said to be monitoring the player with the aim of luring him away from France.
Follow Us on Twitter!